Pop Culture: Donald Glover (“Childish Gambino”) Has Been Far From Childish About Taking Over The Hip Hop Game 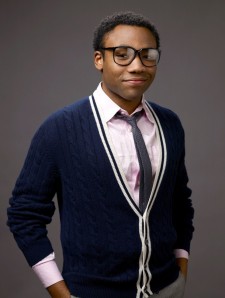 Tuesday evening, June 26, 2012, was the first night in which New York City was granted a reprieve from a four-day heat wave that had crushed the eastern seaboard.  I jumped on the F Train after work in business attire with one thing in mind: get to Prospect Park, Brooklyn as soon as possible to snag a good spot for the hottest concert of the summer.  Unlike any other concert I’ve been to, I was totally overdressed in a suit (primarily as a result of my lack of preparation), but the funny thing is that I knew I wouldn’t stick out like a sore thumb amongst the crowd.  I was off to see 28-year-old, preppy actor and comedian, hipster, Atlanta native, and now hip hop superstar Childish Gambino, a name Donald Glover adopted from a Wu-Tang Clan online name generator.

The doors opened at 6 pm, I arrived around 7:15 pm to meet up with a law school buddy, and I immediately felt at home and welcome.  Surrounding me were guys and gals in ripped up jean shorts and wife beaters; business casual attire; preppy polo shirts, jeans and driving loafers; and oversized white tees, baggy jeans and Air Jordans.  The age demographic ranged from early teens to late thirties.  Moreover, I’m quite sure the audience consisted of every race, religion and socio-economic class.  By around 7:45 pm, two great opening acts—Danny Brown and SchoolboyQ—reverberated the evening air.  I grabbed a frosty beer, loosened up the dress shirt, caught up with a couple of old friends who I randomly bumped into, and prepared myself for the best act I’ve seen on stage since The Roots/Outkast concert in Los Angeles back in the early 2000’s in college.

Around 8 pm, the crowd immediately converged towards the stage as the choir intro to “Outside”—the first song on Glover’s most recent album CAMP—began to blare through the amphitheatre speakers.  Childish entered from stage left, pierced a thick cloud of blue smoke, and completely KILLLED the stage until 10:30 pm, at which point he was forced to call it a night due to neighborhood noise ordinances.  He and his live band followed “Outside” with popular hits “Fire Fly” and “Bonfire”.  At this point, the audience assumed Glover would perform all of his songs from the album CAMP in their normal order.  Indeed, CAMP recently sat at the #11 spot on the Billboard Top 200 Chart and the #2 spot on the Billboard Hip-Hop charts.  Then, he surprised us with some of his early underground hits such as “Hero”, “Freaks and Geeks”, “Lights Turned On” and “My Shine” from his July 2010 album Culdesac and March 2011 untitled EP.  The audience, apparently consisting of individuals who had been fans of Childish since the release of his first album Sick Boi in 2008, went absolutely nuts.  Of course, Glover didn’t exit the stage before performing his 2011 remix of Adele’s “Rolling in the Deep”.  Indeed, during this song, all of Brooklyn attempted to touch the sky.

Overall, actor and comedian Donald Glover—aka Hip Hop star Childish Gamibino—is an extremely talented individual.  We knew this fact!  However, I realized on the evening of Tuesday, June 26th that he is taking over the Hip Hop game.  He has singlehandedly branded himself in a strategic manner, compelling one of the most diverse demographics of all time to adore and crave his music and energetic stage presence.  Hip Hop enthusiasts could attempt to compare him to the extremely talented Mos Def or an artist such as Lupe Fiasco, but he has transcended Hip Hop and captured the Millennial Generation like no other artist I can recall.  The New Yorker Magazine expounds, “with a vocal attack reminiscent of Pharcyde’s Bootie Brown, Glover delivers rapid-fire stream-of-consciousness one-liners, along with in-depth and intelligent assessments of the recording industry, fame, and fortune.” But don’t take my or any other source’s word for it.  Snag his recently released July 4, 2012 album ROYALTY and/or catch him during his upcoming “CAMP” Tour that will grace the stages of 20 cities (thus far) across the globe.

July 7—T In The Park—Balado, Scotland